Home
Music
Charts
Playlists
Sign up to customize
Log in
Sign up
Contact us
Dark mode
Clarenzo
PLAY
FOLLOW
Clarenzo
PLAY
FOLLOW
Overview Songs (77) Lease Tracks (1) Albums (1) Videos About
More
2 Top 50
77 Tracks
R&B's newest sensation has arrived. Clarenzo brings a new flavor to the Hip-Hop/R&B World. His musical style is singing mixed with a little bit of Rap,Hip-
Songs
1
Clarenzo - No Feelingz ft. Playboii Zo
Peak position #20
#LilBaby#Migos#DaBaby#ChrisBrown#CardiB#TrapMusic#Offset#NBAYoungBoy#Usher#AAPRocky#TreySongz#Quavo#AriLennox#AAPFerg#QueenNaija#JazmineSullivan#Clarenzo#MoneyyBagYo#DcYoungFly#ArmonandTreY
2
Clarenzo - Ride Wit Me
Peak position #30
#RB#LilBaby#DaBaby#GucciMane#Beyonce#TrapMusic#RoddyRich#JayZ#WizKhalifa#MoneybaggYo#DoIt#Clarenzo
$25
3
Love Drought
Peak position #53
#Clarenzo#Lemonade#LoveDrought#Beyoncce
4
When Bae Come Thru
Peak position #63
#Clarenzo#RicAndThadeus
5
#Twerk4Me ft. Young Tracktion
#RB#Clarenzo#TrendinTopicz#YoungTracktion#IllMusikBeatz
Show all (77)
Lease pricing
Compare licenses
Basic
$25
MP3
2,500 sales
10,000 streams
Non-exclusive (lease)
Buy 1 get 1 free
Compare
Premium
$50
MP3 +WAV
5,000 sales
50,000 streams
Non-exclusive (lease)
Buy 1 get 1 free
Compare
Trackout
$100
MP3 +WAV +Trackouts
25,000 sales
500,000 streams
Non-exclusive (lease)
Buy 1 get 1 free
Compare
Unlimited
$200
MP3 +WAV +Trackouts
Unlimited sales
Unlimited sales
Non-exclusive (lease)
Buy 2 get 1 free
Compare
Exclusive
$2,500
MP3 +WAV +Trackouts
Unlimited sales
Unlimited sales
Full ownership
Compare
Untagged audio
WAV file
Trackout/stems
Sales limit
Paid streams limit
Albums, iTunes...
Publishing split
License for TV/Movie
Must credit producer
License duration
Discount
Buyer gets ownership
Basic
$25
2,500
10,000
1 commercial use
12 months
Buy 1 get 1 free
Premium
$50
5,000
50,000
2 commercial uses
12 months
Buy 1 get 1 free
Trackout
$100
25,000
500,000
3 commercial uses
12 months
Buy 1 get 1 free
Unlimited
$200
Unlimited
Unlimited
Unlimited
24 months
Buy 2 get 1 free
Exclusive
$2,500
Unlimited
Unlimited
Unlimited
100% buyer
Unlimited
FAQ
Why would I need a license?
A license is needed if you want to use the music for anything else than just listening for your pleasure. Typical uses are
What are the license options and what are the differences between those?
We offer up to 5 license templates (Basic, Premium, Track Out, Unlimited, Exclusive) and it's up to the artist which ones he/she wants to make available. Each license comes with different perks. In general, the higher the price, the better the perks.
You can click on each feature on the left side of the comparison chart above to learn more about each one.
When will I get the track I purchased?
You can download all related files immediately after your purchase. We also email you a one-time download link for a download later.
How can I remove the audio tag from the track?
A "tagged beat" is a demonstration version of an instrumental that contains distinct audio watermarks that typically play throughout the entire track. The purpose of a producer tagging his/her instrumental is to prevent piracy and to encourage serious recording artists to purchase a license.
To get a tag-free audio please make sure you purchase a license which features "untagged audio".
I purchased a $1 download, why is the beat still tagged?
Beats purchased for $1 in our store are meant for streaming and demo use only, just like downloads from iTunes store or Amazon music.
To license a beat without audio tag and to use in a professional manner please buy a license from this page. Usually those are $25 and up.
What is a stem / trackout file?
A Stem file is an audio file that contains a track split into several musical elements: A drums stem, a bassline stem, a harmony stem, and a lead stem for example.
The Stem file also usually includes the original stereo master of the track for standard playback.
Why would I need a stem / trackout file?
A trackout file gives you much better control. Imagine you rap over a beat and you realize the percussions take the focus away from your vocals. With a trackout file you can simply tone down the percussion and the focus is now on the vocals. With a trackout file you have much more flexibility and a whole different level of control.
Albums
$8.00
The Afterlife
18 songs 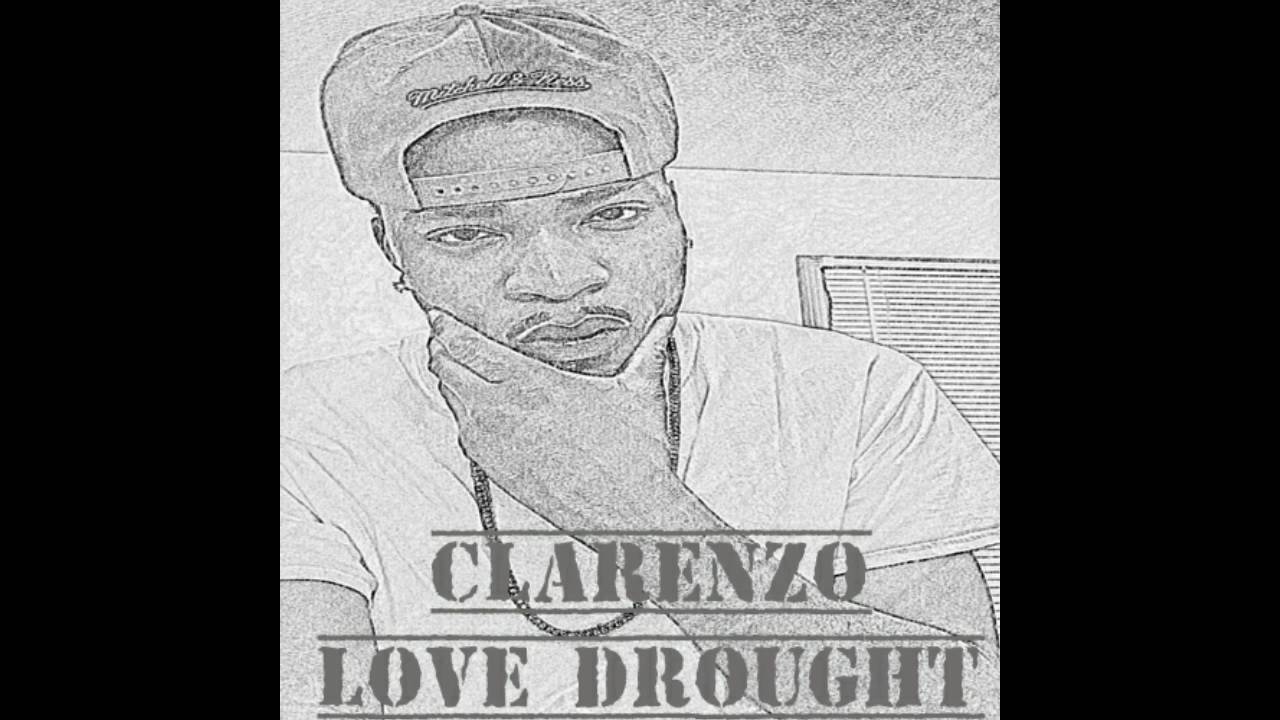 Love Drought
Show all videos (5)
With music flowing through my veins since birth, music has always been my 1st love from the jump. I, (Clarenzo) began writing songs and producing music at the age of 12. I've written my own material for the last 14 years of my life. My music genre ranges from R&B, Pop, and Hip/Hop to Gospel. I grew up singing in church like most singers. During that time I didn't really know I had a singing voice, I just knew I enjoyed singing. With three underground albums and over 200 songs under my belt, I have always been driven to be the "BEST" at whatever I do. I know the music business has alot of competition which is why I'm trying to bring a whole new style to the game. Many artist from the 60's, & 70's have played a very influential part in my style. A few of those artist include Sam Cooke, Aretha Franklin, Donnie Hathaway, Gladys Knight & the Pips, Patti LaBelle, Otis Redding, as well as Ike & Tina Turner. Music during that time was solely based on "raw talent" and not so much as studio effects like now days. Newer artist from today's music has also played a major part in my style as well, such as 112, Jagged Edge, Destiny's Child, and Usher. I think R&B/Soul music is understood better when it comes from the soul. To me, music is a Universal Language that can touch people of all race, creed, or color. Hopefully, my music can influence other people chase their own dreams and encourage them to be the "BEST" at whatever they do in life!
Band/artist history
I began taking my profession serious at the age of 12. Now with 14 years under my belt, I'm still striving for the #1 Spot.
Have you performed in front of an audience?
Yes, I play live. The most memorable moment on stage would have 2 be when I did my first talent show in January of 2006. My "fan club" was at the front of the stage singing "Jealousy" word from word with me. It was amazing looking out at the crowd seeing how into it they were. I always wondered how it felt to have people singing your song with you. Now that I kno, I can honestly say that it is one of the best feelings in the world.
Your musical influences
My R&B influences are: 112, B2k, Brandy, Destiny's Child, IMx, Jagged Edge, Mario, and R.Kelly. Basically anyone who is truely talented.
What equipment do you use?
Cubase SX3, Waves Mercury, Platinum, and Gold plug-ins. A few mixers, and raw talent that the studio effects only enhance.
Anything else?
Anybody who is lookin' to do collabs ghet at the kid. Also any R&B artist lookin' for songs, writers, or producers to work with holla at me too.
READ MORE
READ LESS
Promoted Not related to artist
Promo
TSUNAMI - Lil Baby + Lil Keed + Lil Goti Type Beat
sange beats
Promo
Self Made Man (Buy 1 Get 1 Free)
YOUNG GOTTI BEATS
Promo
MiamiBeach - BUY 1, GET 1 FREE!
JCaspersen
Promo
What's it Like
Lester Wayne Dobos
Home SoundClick for artists Show navigation © 2021 SoundClick Inc
Clarenzo
PLAY
FOLLOW
SHARE
Overview
Music
Songs
Albums
Lease tracks
On these playlists
About
Videos
Pictures
Interview
Artist links & data
Connect
Followers
User comments
Contact
Playlist