Home
Music
Charts
Playlists
Sign up to customize
Log in
Sign up
Contact us
Dark mode
Product
PLAY
FOLLOW
Product
PLAY
FOLLOW
Overview Songs (413) Lease Tracks (6) Albums (15) Videos About
More
413 Tracks
*CREATIVE INSTRUMENTALS AND FLOWS* .......THIS IS YOUR PORTAL INTO MY WORLD...... "Everything I do is by the grace of God, I could be nothing without him" J.S
Songs
1
The Children (feat. Product) FDL updated
Peak in sub-genre #20
#positiveRap#theChildren
2
Wonder Chants
#Product#smoothBeat#MelodicBeat
$2.00
3
Return
#lilWayne#drake#westcoast#jayz#kanyeWest#kendrickLamar#original#midwest#eastCoast#eminem#nas#newYork#cheapBeats#bayArea#downSouth#sacramento#cali#authentic#heaven#stone#408#product#untaggedBeats#tagless#qualityBeats#beatsBy#sanJose#DeepEast#ProducttheVet
$2.00
4
WAR
#hipHopInstrumental#Product#originalInstrumental
$2.00
5
Sohw Txen
#hipHopInstrumental#Product#originalInstrumental
$2.00
Show all (413)
Lease pricing
Compare licenses
Basic
$25
MP3
2,500 sales
10,000 streams
Non-exclusive (lease)
Buy 1 get 1 free
Compare
Premium
$50
MP3 +WAV
5,000 sales
50,000 streams
Non-exclusive (lease)
Buy 1 get 2 free
Compare
Trackout
$100
MP3 +WAV
25,000 sales
500,000 streams
Non-exclusive (lease)
Buy 1 get 3 free
Compare
Unlimited
$200
MP3 +WAV
Unlimited sales
Unlimited sales
Non-exclusive (lease)
Buy 1 get 1 free
Compare
Untagged audio
WAV file
Trackout/stems
Sales limit
Paid streams limit
Albums, iTunes...
Publishing split
License for TV/Movie
Must credit producer
License duration
Discount
Buyer gets ownership
Basic
$25
2,500
10,000
1 commercial use
12 months
Buy 1 get 1 free
Premium
$50
5,000
50,000
2 commercial uses
12 months
Buy 1 get 2 free
Trackout
$100
25,000
500,000
3 commercial uses
12 months
Buy 1 get 3 free
Unlimited
$200
Unlimited
Unlimited
Unlimited
24 months
Buy 1 get 1 free
FAQ
Why would I need a license?
A license is needed if you want to use the music for anything else than just listening for your pleasure. Typical uses are
What are the license options and what are the differences between those?
We offer up to 5 license templates (Basic, Premium, Track Out, Unlimited, Exclusive) and it's up to the artist which ones he/she wants to make available. Each license comes with different perks. In general, the higher the price, the better the perks.
You can click on each feature on the left side of the comparison chart above to learn more about each one.
When will I get the track I purchased?
You can download all related files immediately after your purchase. We also email you a one-time download link for a download later.
How can I remove the audio tag from the track?
A "tagged beat" is a demonstration version of an instrumental that contains distinct audio watermarks that typically play throughout the entire track. The purpose of a producer tagging his/her instrumental is to prevent piracy and to encourage serious recording artists to purchase a license.
To get a tag-free audio please make sure you purchase a license which features "untagged audio".
I purchased a $1 download, why is the beat still tagged?
Beats purchased for $1 in our store are meant for streaming and demo use only, just like downloads from iTunes store or Amazon music.
To license a beat without audio tag and to use in a professional manner please buy a license from this page. Usually those are $25 and up.
What is a stem / trackout file?
A Stem file is an audio file that contains a track split into several musical elements: A drums stem, a bassline stem, a harmony stem, and a lead stem for example.
The Stem file also usually includes the original stereo master of the track for standard playback.
Why would I need a stem / trackout file?
A trackout file gives you much better control. Imagine you rap over a beat and you realize the percussions take the focus away from your vocals. With a trackout file you can simply tone down the percussion and the focus is now on the vocals. With a trackout file you have much more flexibility and a whole different level of control.
Albums
Name price
Mass Productions
14 songs
Name price
Freeway Music II
15 songs
Name price
Freeway Music I
14 songs
Name price
Lucky 7
6 songs
Name price
Bay Beatz
16 songs
Name price
Da Shhh...
16 songs
Name price
Spitters
13 songs
Name price
The Journey
9 songs
Name price
Ultrasoundz
11 songs
Name price
Stone Product
20 songs
See all (15) 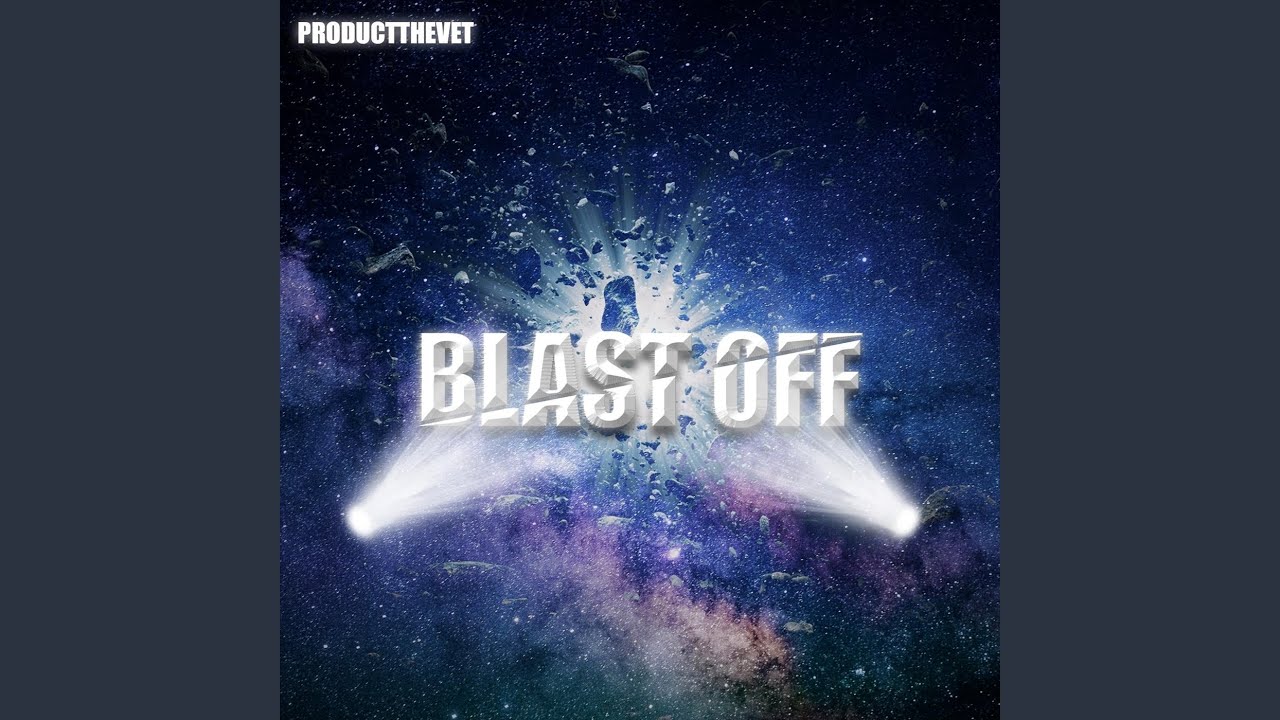 Blast Off
Show all videos (6)
I am an Independent producer/ artist/ father/ husband/ and representative of the Light. I may have faults but believe me I try to walk the right path even though temptation may come my way, I have my priorities in order and believe in God, Family and Music as the core aspects of life. Music is definitely something spiritual for me. Ever since June of 2009 I was diagnosed with Bi-polar and psychosis which caused me to record some questionable material during that time but all was done with good intent. I strive to plant "good" seeds that blossom "good" fruit. Jonathan G.D. Stone aka "Product" has always been an avid Hip Hop fan. Product started his musical journey at the age of 10, when he wrote his first rap he knew he had an affinity towards this genre of music. He comes from a legacy of musicians who constantly push the envelope. Like most youngsters having the right equipment has been a constant struggle but he made due with what he had. He became a student of the game, studying the different techniques of great producers and rappers. He doesn't distinguish sounds as east or west coast, south etc. this non belief in labels has led him to experiment with a wide variety of instrumentals ranging from Hip Hop, Pop, R&B to electronica. He is constantly trying to push himself even though he is a Vet in the game he is still constantly trying to improve. With an extensive catalog Product is a name that deserves recognition in the Producer game, Since 2001 he has been providing rappers and singers with free custom beats. He continues to build a stable fan base of loyal fans throughout the years who understand he isn't necessarily in the game for monetary gain but for the love of music in general. If your looking for a true original producer or artist you won't be disappointed by any means. Don't be shy make a new friend let's connect, hit my email at hepros2@gmail.com, serious inquiries receive priority attention. Services: Ghostwriting (Choose beat/s from catalog or provide your own): $20 per song Beat Albums: Prices vary (see store) Custom Beat Albums(Select 12 beats from catalog): $10 Features: Free Custom Beats: $50 Beats with Hooks: $20 Album Graphics (Coming soon) Video Effects (Coming soon) Note: Payments made through www.paypal.com, use my email hepros2@gmail.com Questions about services email: Hepros2@gmail.com ***Connect with me on Soundcloud & Instagram @ProducttheVet , also on twitter @JonathanGDStone***
Band/artist history
The Stone's music; Maxamillion, Jonathan aka ProducttheVet, Jered aka Lucky, and Glen aka GesWho, T-Stone grew up down the block in San Jose California, home of the Sharks. In high school Product and Lucky was a part of a rap group that performed at the night clubs (21+) in the surrounding Bay Area circa 1994, during the golden age of Hip Hop. We would also perform at the Santa Clara County Fairgrounds. Those were the early years when freestyle sessions during school were a frequent occurrence. The youngest brother T-Stone is a heavy spitter and has albums up on datpiff.
Have you performed in front of an audience?
For the time being, I am strictly internet and the streets. I have a family to look after so I don't let much get in the way of that.
Your musical influences
I TRY TO BE MY OWN MUSICAL INSPIRATION BUT I DRAW FROM CLASSIC HIP HOP AND ARTIST LIKE NAS,2PAC, WU-TANG, DR. DRE(beats), RAKIM, BIG L, BIG PUN, A TRIBE CALLED QUEST; THE CREATIVE styleS OF KAYNE WEST etc.BUT I DON'T STOP AT HIP HOP I LISTENED TO ALOT OF CLASSICAL MUSIC AND POP ARTIST LIKE MICHAEL JACKSON AND SOUL MUSIC LIKE MARVIN, THE FIVE HEARTBEATS, STEVIE WONDER. MY FAMILY, SOME MAKE BEATS AND OTHERS RAP, PLUS MY LATE GRANPA PAUL MADISON WAS A PROFESSIONAL SAXAPHONE PLAYER FOR OVER 30 YEARS IN HAWAII, SO I GUESS IT'S IN MY BLOOD.
What equipment do you use?
GOD...PC and a few externals
Anything else?
"We are meant to thrive" "There once was a man who complained he had no shoes...until he met the man with no feet".....And to all my loved ones that gone R.I.P. I'll see you at God's speed. HOLLA! BE SAFEGOD SPEED... Product produced for: BATTALION: Sr Symphony Da Dark Knight KPZ tha Nemesis STONE FAMILY: T Stona MAXAMILLION LUCKY GesWHO Jacobi the Poet Jahnine INFINITE CAMP: KNeel SATIN STRUTHERS KIN FOLK FAMILY BIZZNESS: D-Boy aka Dollaz Mr. Postman 2 DA FACE STRUGGLE 2 STRIVE LUNARELLI KVIE-provided music for and directed Hip Hop documentary 2002 on 2Pac and the state of Hip Hop during college internship. and more artists u never heard of....
READ MORE
READ LESS
Promoted Not related to artist
Promo
CHICK-FIL-A
HOSSGANG
Promo
*POP* New Day (BUY 2 GET 1 FREE)
PLATINUM SELLERS BEATS
Promo
THINK ABOUT IT (Buy 1 Get 4 Free)
NY BANGERS
Promo
Action (BUY 2, GET 1 FREE)
Paperfall Bros
Home SoundClick for artists Show navigation © 2020 SoundClick Inc
Product
PLAY
FOLLOW
SHARE
Overview
Music
Songs
Albums
Lease tracks
On these playlists
About
Videos
Pictures
Interview
Artist links & data
Connect
Followers
User comments
Contact
Playlist