Home
Music
Charts
Playlists
Sign up to customize
Log in
Sign up
Contact us
Dark mode
Lady Adrena
Home Music(6) License (2) Videos About
Lady Adrena
4 Number 1
4 Top 10
6 Tracks
It's all about the Blues and Recipe for the Blues is down home cooking and takes you down to the dirty Delta.
Songs
Filter
new
1
Traveling Woman
Today #68 in Blues
#SweetSuccessRecords#LadyAdrena#TravelingWoman
$0.99
2
No Ring No Thang
Peak position #56
#SweetSuccessRecords#LadyAdrena#NoRingNoThang
$0.99
3
BLUES CHOSE ME
Peak position #1
#SweetSuccessRecords#LadyAdrena#BluesChoseMe
$0.99
$25
4
Recipe for the Blues
Peak position #1
#SweetSuccessRecords#RecipeForTheBlues#LadyAdrena
$0.99
5
Good Girl Gone Bad
Peak position #1
#SweetSuccessRecords#LadyAdrena#GoodGirlsGoneBad
$0.99
6
BORROW MY PANS
#SweetSuccessRecords#RecipeForTheBlues#LadyAdrena
$0.99
$25
Show all (6)
License pricing
Basic
$25
MP3
2,500 sales
10,000 streams
Non-exclusive
Buy 1 get 1 free
Premium
$50
MP3 + WAV
5,000 sales
50,000 streams
Non-exclusive
Buy 1 get 1 free
Trackout
$100
MP3 + WAV + Trackout
25,000 sales
500,000 streams
Non-exclusive
Buy 1 get 1 free
Unlimited
$200
MP3 + WAV + Trackout
Unlimited sales
Unlimited sales
Non-exclusive
Buy 2 get 1 free
Exclusive
$2,500
MP3 + WAV + Trackout
Unlimited sales
Unlimited sales
Exclusive rights
Compare licenses
MP3 file
WAV file
Trackout/stems
Audio tags
Sales limit
Paid streams limit
Publishing split
Must credit producer
Exclusive rights
License duration
Discount
Basic
$25
0
2,500
10,000
50/50
12 months
Buy 1 get 1 free
Premium
$50
0
5,000
50,000
50/50
12 months
Buy 1 get 1 free
Trackout
$100
0
25,000
500,000
50/50
12 months
Buy 1 get 1 free
Unlimited
$200
0
Unlimited
Unlimited
50/50
24 months
Buy 2 get 1 free
Exclusive
$2,500
0
Unlimited
Unlimited
50/50
36 months
-
FAQ
Why would I need a license?
A license is needed if you want to use the music for anything else than just listening for your pleasure. Typical uses are
What are the license options and what are the differences between those?
We offer up to 5 license templates (Basic, Premium, Track Out, Unlimited, Exclusive) and it's up to the artist which ones he/she wants to make available. Each license comes with different perks. In general, the higher the price, the better the perks.
You can click on each feature on the left side of the comparison chart above to learn more about each one.
When will I get the track I purchased?
You can download all related files immediately after your purchase. We also email you a one-time download link for a download later.
How can I remove the audio tag from the track?
A "tagged beat" is a demonstration version of an instrumental that contains distinct audio watermarks that typically play throughout the entire track. The purpose of a producer tagging his/her instrumental is to prevent piracy and to encourage serious recording artists to purchase a license.
To get a tag-free audio please make sure you purchase a license which features "untagged audio".
I purchased a $1 download, why is the beat still tagged?
Beats purchased for $1 in our store are meant for streaming and demo use only, just like downloads from iTunes store or Amazon music.
To license a beat without audio tag and to use in a professional manner please buy a license from this page. Usually those are $25 and up.
What is a stem / trackout file?
A Stem file is an audio file that contains a track split into several musical elements: A drums stem, a bassline stem, a harmony stem, and a lead stem for example.
The Stem file also usually includes the original stereo master of the track for standard playback.
Why would I need a stem / trackout file?
A trackout file gives you much better control. Imagine you rap over a beat and you realize the percussions take the focus away from your vocals. With a trackout file you can simply tone down the percussion and the focus is now on the vocals. With a trackout file you have much more flexibility and a whole different level of control.
Albums
Name price
Recipe for the Blues
6 songs 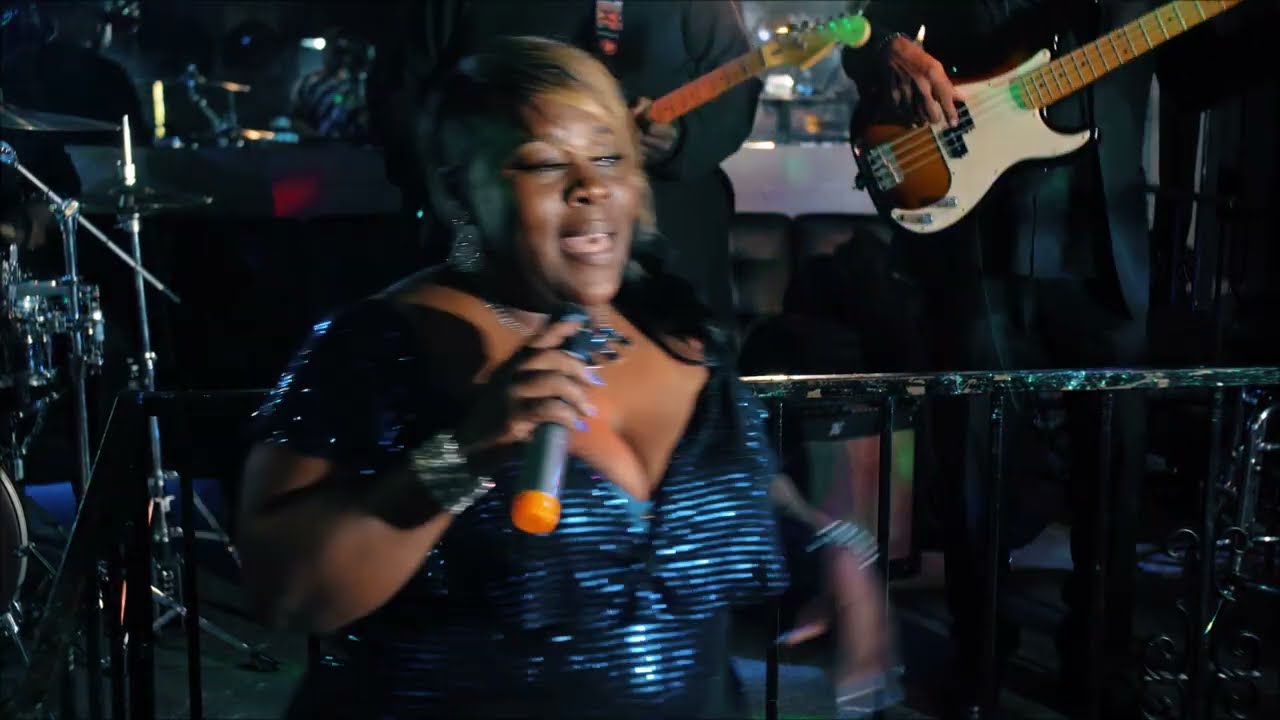 Lady Adrena's - "Recipe for The Blues" Official Mu
Show all videos (3)
Vocalist, and Songwriter, and Adrienne Palmer aka " LADY ADRENA" was born May 24, 1980 in Jackson Mississippi. Her singing career began at age five in County Line Baptist Church and has continued to flourish. In April, 2008, ADRENA completed her first single, "WHAT'S GOOD FOR THE GOOSE". The single was released to the media and received overwhelming responses. Later she discovered her love for the blues as she began her career working up the ladder.
Band/artist history
Adrena music is being aired on stations in the United States, France and the United Kingdom. ADRENA’s love for music has always been astounding. Thus, much of her writing creativity comes from life experiences. From 2015 to 2016 she was blazing the stage shared with some of the household names greats such as: Anthony Hamilton, Betty Wright, The Barkays, Lakeside and many more. She's currently promoting her new single titled “Slay the Big Girl Way” that was released early May. With this single Lady Adrena wants to empower all women from all walks of life, different educational backgrounds, all ethnicities, and sizes. She's says it's all about loving yourself. All of you!!! The good the bad and the ugly. November of 2018, Lady Adrena landed second place in the Vicksburg International Blues Challenge which influenced her next move. Returning to her gospel roots has passionately pushed her to become a traditional blues artist. Recording her first blues tune Good Girl Gone Bad produced by Mr. Sipp she went on to produce two more blues songs during the pandemic titled "Corona Blues" and "Don't Mess with my Man" in 2019 and 2020 with the help of Dexter Allen. In 2021 Adrena then teamed up with Gene Munns, CEO of Sweet Success Records where she recorded a smashing hit sing Recipe for the Blues, written by Gene Munns. Her new project Recipe for the Blues with Sweet Success Records LLC has been a change in direction as her focus in the blues is now more healing and has a message. Written and song in 2021 Adrena change her name to add the title Lady Adrena to let everyone know that she had arrived in the blues genre and was no longer standing on the sideline waiting for a ride. Current new release on Good Girl Gone Bad in 2022 will be a major cross over once it hits the overseas market.
Have you performed in front of an audience?
Lady Adrena has shared the stage with artists such as Denise LaSalle, Anthony Hamilton, The Barkays, Betty Wright, Lakeside and others across the South. From 2002 through 2012, she sang background for various artist such as: Peggy Scott Adams, William Bell and Vick Allen.
Your musical influences
Lady Andrna's music definitely shows the influences of Koko Taylor and Aretha Franklin, which is a clever bridge between two distinctive genres. Lady Adrena has released her sophomore album titled "Better Days" recorded and produced in Memphis, TN at the famous Royal Studios. Engineered and produced by Lawrence “Boo” Mitchell, son of the great Willie Mitchell.
Anything else?
Be looking for great things from Adrena as she is ready to set the Blues world on fire!
READ MORE
READ LESS
Promoted Not related to artist
Promo
Radio (BUY 1 GET 1 FREE)
SinVstyle
Promo
KEEPING SECRETS *Buy 1 Get 1 Free*
XXXMAKEITBOUNCE
Promo
Club Players (Buy 1 Get 4 FREE)
J.Creepers
Promo
Separated (Buy 1 Get 1 Free)
TRILL EMOTION
Home SoundClick for artists Show navigation © 2022 SoundClick Inc
Lady Adrena
PLAY
FOLLOW
SHARE
Overview
Music
Songs
Albums
License
License tracks
About
Videos
Pictures
Interview
Artist links & data
Connect
Followers
User comments
Back
< Back
Buy
Playlist