Home
Music
Charts
Playlists
Sign up to customize
Log in
Sign up
Contact us
Dark mode
Tyler Deshoun
PLAY
FOLLOW
Tyler Deshoun
PLAY
FOLLOW
Overview Songs (25) Lease Tracks (1) Albums (2) Videos About
More
2 Top 50
25 Tracks
You Are Royalty; Everywhere You Go
Songs
1
Fierce Deity Deshoun
King Tyus Productions   /collab
#hipHop#indie#ktp#tylerDeshoun
$5.00
2
Chicken Salad Balad
#rap#hipHop#music#country#artist#musician#talented#OST#Zelda
$5.00
3
One Chance [1]
#hipHop#indie#ktp#tylerDeshoun
$5.00
4
Nayru's LVE [1]
#hipHop#indie#ktp#tylerDeshoun
$5.00
5
2020
#rap#hipHop#music#country#artist#musician#talented#OST#Zelda
$5.00
Show all (25)
Lease pricing
Compare licenses
Unlimited
$200
MP3 +WAV +Trackouts
Unlimited sales
Unlimited sales
Non-exclusive (lease)
Buy 1 get 1 free
Compare
Untagged audio
WAV file
Trackout/stems
Sales limit
Paid streams limit
Albums, iTunes...
Publishing split
License for TV/Movie
Must credit producer
License duration
Discount
Buyer gets ownership
Unlimited
$200
Unlimited
Unlimited
Unlimited
24 months
Buy 1 get 1 free
FAQ
Why would I need a license?
A license is needed if you want to use the music for anything else than just listening for your pleasure. Typical uses are
What are the license options and what are the differences between those?
We offer up to 5 license templates (Basic, Premium, Track Out, Unlimited, Exclusive) and it's up to the artist which ones he/she wants to make available. Each license comes with different perks. In general, the higher the price, the better the perks.
You can click on each feature on the left side of the comparison chart above to learn more about each one.
When will I get the track I purchased?
You can download all related files immediately after your purchase. We also email you a one-time download link for a download later.
How can I remove the audio tag from the track?
A "tagged beat" is a demonstration version of an instrumental that contains distinct audio watermarks that typically play throughout the entire track. The purpose of a producer tagging his/her instrumental is to prevent piracy and to encourage serious recording artists to purchase a license.
To get a tag-free audio please make sure you purchase a license which features "untagged audio".
I purchased a $1 download, why is the beat still tagged?
Beats purchased for $1 in our store are meant for streaming and demo use only, just like downloads from iTunes store or Amazon music.
To license a beat without audio tag and to use in a professional manner please buy a license from this page. Usually those are $25 and up.
What is a stem / trackout file?
A Stem file is an audio file that contains a track split into several musical elements: A drums stem, a bassline stem, a harmony stem, and a lead stem for example.
The Stem file also usually includes the original stereo master of the track for standard playback.
Why would I need a stem / trackout file?
A trackout file gives you much better control. Imagine you rap over a beat and you realize the percussions take the focus away from your vocals. With a trackout file you can simply tone down the percussion and the focus is now on the vocals. With a trackout file you have much more flexibility and a whole different level of control.
Albums
$5.00
The Perfect Vision
5 songs
$10.00
King of All Trades
10 songs 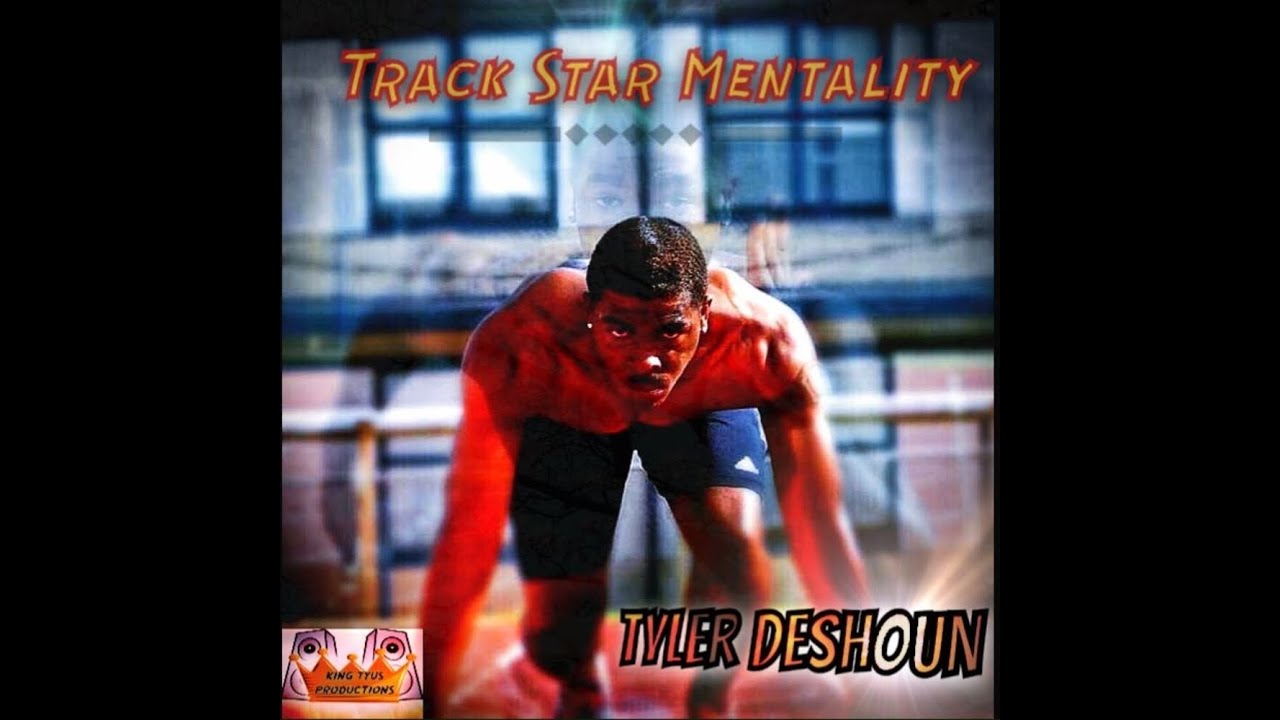 Track Star Mentality Music Movie [King Tyus Produc
Show all videos (2)
Reared in Monroe, Louisiana, Tyler Deshoun; A self taught musician specializes in Synthtrap, a fusion between Synthpop and Trap music. Combined with a track star mentality he debuts his solo album: King of all Trades. This digital portfolio of lyrical nocturnes that he produced himself, with an exclusive feature from DiceYoungin (KyoBang) is now available on all steaming platforms. Influenced by SpeakerKnockerz, Kevin Gates, Video games, and Micheal Jackson Always Strive for success and always remember there is no such thing as perfect -You Are Royalty, Everywhere You Go-
Band/artist history
I first made the leap into the music world was in 2015, my freshman year of college. My friend KyoBang downloaded Fl Studio 12. He started posting beats on Youtube, and they still sound magnificent til this day. I didn't have a laptop at the time so I used my girlfriend's. My cousin got a cracked version of Fruity Loops and that's when it began. I got very obsessed with making music that it started interfering with my personal life and things started to get hectic. I stopped taking school as seriously, which resulted in me getting suspended. It put hella strain on my relationships as well. Lost a childhood friend behind issues with rent, Moved in with my girlfriend in 2016 and that is when I did the bulk of my music production. At the time I was under the alias "IMBLACKLIGHTNIN" and I had amassed a large catalog of instrumentals and projects. In the year 2018, my girlfriend had ended the relationship and decided to stay as roomates. a few months later she noticed a virus alert on her laptop and proceeded the whole system. This was something I was expecting so I backed up my files but I did not do a recent back up. After I got my spring semester refund I paid rent, bills and a laptop. I downloaded the demo version of Fl studio and began making beats in one setting. For underlying issues this offended my roommate, and we got into an argument. which resulted in me moving out. April 3, 2018 I made the decision to change my producer name to King Tyus. Every since then I've been working on instrumental and now to the present day I make songs. I make my own instrumentals, rap, mix, and master them.
Have you performed in front of an audience?
I tried to perform a song in front at Freestyle Friday. I Had a severe case of stage fright at the time and forgot my lyrics, but what I noticed when I played the song, a lot of people came to life when they heard my voice.
Your musical influences
Kevin Gates, Speaker knockerz, Ugly God, Micheal Jackson, Video Game OSTs
What equipment do you use?
Laptop and nearest studio
Anything else?
You Are Royalty; Everywhere You go
READ MORE
READ LESS
Promoted Not related to artist
Promo
Rodeo Drive. (BUY 1 GET 2 FREE)
Wendigo
Promo
I'm On Fire - Instrumental (G-Unit 2020)
SHK Productions
Promo
Self Made Man (Buy 1 Get 1 Free)
YOUNG GOTTI BEATS
Promo
RUN
BeatsCraze
Home SoundClick for artists Show navigation © 2020 SoundClick Inc
Tyler Deshoun
PLAY
FOLLOW
SHARE
Overview
Music
Songs
Albums
Lease tracks
About
Videos
Pictures
Interview
Artist links & data
Connect
User comments
Contact
Playlist