Home
Music
Charts
Playlists
Sign up to customize
Log in
Sign up
Contact us
Dark mode
Crucethus
Home Music(72) License (10) Videos About
Crucethus
1 Top 10
19 Top 50
72 Tracks
Electronic sounds of intelligent, hard, deep, and soulful, Acid-house, Ambient, and rock songs
Songs
Filter
new
1
You Dont Know My Pain
Peak position #36
#808#electronic#epic#synth#House
$25
2
Banality of Evil
Today #30 in IDM subgenre
#Electronic#Industrial#ChillOut#Vapouware
$25
3
Apex
Today #25 in House subgenre
#techno#Dance#EDM#House#Acid
$0.99
$25
4
Milky
Today #72 in Trance subgenre
#Dance#House#Trance#Acid#DJ
$0.50
$25
5
Chillbabychill2
Peak in sub-genre #10
#piano#Chill#groove#Rhodes#rB
$25
Show all (72)
License pricing
Basic
$25
MP3
2,500 sales
10,000 streams
Non-exclusive
Buy 1 get 1 free
Premium
$50
MP3 + WAV
5,000 sales
50,000 streams
Non-exclusive
Buy 1 get 1 free
Trackout
$100
MP3 + WAV + Trackout
25,000 sales
500,000 streams
Non-exclusive
Buy 1 get 1 free
Unlimited
$200
MP3 + WAV + Trackout
Unlimited sales
Unlimited sales
Non-exclusive
Buy 2 get 1 free
Exclusive
$2,500
MP3 + WAV + Trackout
Unlimited sales
Unlimited sales
Exclusive rights
Compare licenses
MP3 file
WAV file
Trackout/stems
Audio tags
Sales limit
Paid streams limit
Publishing split
Must credit producer
Exclusive rights
License duration
Discount
Basic
$25
0
2,500
10,000
50/50
12 months
Buy 1 get 1 free
Premium
$50
0
5,000
50,000
50/50
12 months
Buy 1 get 1 free
Trackout
$100
0
25,000
500,000
50/50
12 months
Buy 1 get 1 free
Unlimited
$200
0
Unlimited
Unlimited
50/50
24 months
Buy 2 get 1 free
Exclusive
$2,500
0
Unlimited
Unlimited
50/50
36 months
-
FAQ
Why would I need a license?
A license is needed if you want to use the music for anything else than just listening for your pleasure. Typical uses are
What are the license options and what are the differences between those?
We offer up to 5 license templates (Basic, Premium, Track Out, Unlimited, Exclusive) and it's up to the artist which ones he/she wants to make available. Each license comes with different perks. In general, the higher the price, the better the perks.
You can click on each feature on the left side of the comparison chart above to learn more about each one.
When will I get the track I purchased?
You can download all related files immediately after your purchase. We also email you a one-time download link for a download later.
How can I remove the audio tag from the track?
A "tagged beat" is a demonstration version of an instrumental that contains distinct audio watermarks that typically play throughout the entire track. The purpose of a producer tagging his/her instrumental is to prevent piracy and to encourage serious recording artists to purchase a license.
To get a tag-free audio please make sure you purchase a license which features "untagged audio".
I purchased a $1 download, why is the beat still tagged?
Beats purchased for $1 in our store are meant for streaming and demo use only, just like downloads from iTunes store or Amazon music.
To license a beat without audio tag and to use in a professional manner please buy a license from this page. Usually those are $25 and up.
What is a stem / trackout file?
A Stem file is an audio file that contains a track split into several musical elements: A drums stem, a bassline stem, a harmony stem, and a lead stem for example.
The Stem file also usually includes the original stereo master of the track for standard playback.
Why would I need a stem / trackout file?
A trackout file gives you much better control. Imagine you rap over a beat and you realize the percussions take the focus away from your vocals. With a trackout file you can simply tone down the percussion and the focus is now on the vocals. With a trackout file you have much more flexibility and a whole different level of control.
Albums
Name price
ACID-19
4 songs 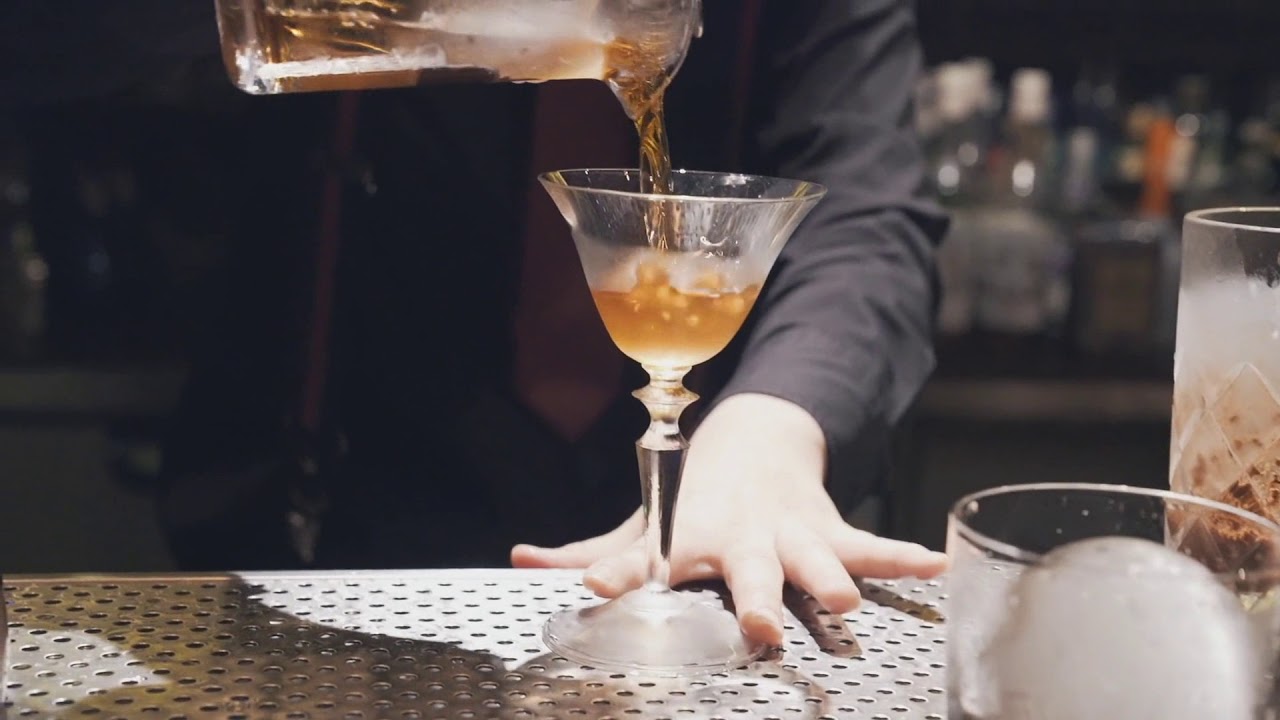 You Found Me Crucethus Deep in the Fens Remix
Show all videos (5)
Crucethus is an electronic project of Stylish sounds and funky rythyms. Trance, House, Electronica, Deep progresive synths and guitar sounds. Steve Walther writes and records all the songs, but also has collaborated with some great independent artists. Thanks to the Internet I have been able to reach out beyond the US and Canada into the world to hear new ideas.
Band/artist history
Started recording in april of 1999.Created 30 songs to make this 10 song Album.And then it just got out of control--On Photonic I wanted to create a true dance album, on Forever I wanted to be intelligent with the synths. And Chroma is the synthesis of the first 3 albums!! Most Recently Reflections was released with the most serious sounds yet released by Crucethus. Now In the Studio as of January 2003 work begins on a new Project about the human condition, working title is "Pain". I have Also Released a remaster of an outtake from the Forever sessions called Desire. This is a retro sounding tune and I left it off of Forever as it did not seem to fit the album, however I always liked the tune and vowed to release it someday--so here it is, Enjoy!!As of NOw all the songs are ready for the Album Ovium, with 5 more slated for release. All the Artwork is done as well for the album, only the Manufacturing process remains. Group Members: Steve Walther:Synths, Vocals, Guitar sounds, Drum Programming,Design and Graphic Layouts, Sequencing and Marketing and Business decisions--Whew I Do Alot don't I!! Instruments Korg Ms2000, Yamaha Rm1x, Djx, Psr320, Casio Ht700,Korg Electribe EA,Kaos Pad, Sony Mdmx.Arturia's Storm1.5, Sound Forge 6.0,Korg Microkorg. Korg Soft Synths Albums Deconstructing Disco, Photonic,Forever, Chroma,Reflections,Pain Press Reviews Always looking towards the UK, This American born artist took an interest in synths in the late eighties, has now released, some very interesting material. The Songs range from heart pounding House, to euphoria inducing trance, to mind teasing jazzstep, to sexy soul ala Peter Gabriel, or Bryan Ferry. Deconstructing Disco is the album and has been released on mp3.com. The Big single so far has been Torture Box. We look foward to hearing the future from this artist. 12/23/01:--As the head of Crucethus put it, Fill the tub, light the candles, pour the wine, well you know the rest :-) Hmmm.. Sounds a little mushy to us, so lets go with the more cold, calculated strains that the Land of Phrygia is known for: Enter here a world where sounds promote the promise of the divinities to splash upon your head the splendor of blessed peace. Slow and easy grooves from Crucethus are nothing more than a mere feat of Imagineering. This tightly rhythmic piece brings about the scents of early Roxy Music, minus the vox of the incredible Brian Ferry, yet it happens to sustain a simple form of delight that actually puts us in the precarious position of stating, âœYeah, a good wine, and a bath that WOULD do, under these circumstances. Crucethus pulls together some lightly vocoded synths throughout the piece that snap it into a position of sublime artistry, and the backbeat is simple, yet flourishing not vacant. Be forewarned, we here in the Land of Phrygia suffer from a severe sense of immobility when bending to different genres, so in Crucethus defense, we would have to suggest this track, Momentum, and Love Touch Mine as the better tracks available. (Thank U Integrated Arts) Additional Info Recorded at Kane Studios--1999-2003
Have you performed in front of an audience?
I have not played live for many years. I did find it very exciting.
Your musical influences
Roxy Music (Bryan Ferry), Jam & Lewis, Sly & Robbie, Human League, Peter Rauhofer, Paul Van Dyk, David Bowie, Peter Gabriel, Tiesto, Gouryella, Judas Priest, Iron Maiden, Prince, Madonna, Giorgio Moroder, Kraftwerk, Tangerine Dream, Heaven 17, Paul Oakenfold, Danny Tenaglia, Junior Vasquez, Sasha & Digweed, Queen, INXS, Ultravox, ELP, Deep Purple, Bach. Bran Van 3000. The Killers
What equipment do you use?
Korg MS2000, Korg Microkorg,Korg Ea-1 electribe,Yamaha RM-1x, Yamaha PSR 420-fed into a Roland ME-30 Guitar Processor, Korg Kaoss Pad 2 Mixer, Native Intstruments Reaktor, Rebirth, Arturia Storm, Acid 4, and Sound Forge. Korg Trinity
Anything else?
Keep on Downloading, and I will Keep on making Music For U.....;-) Also Check out www.rachelnusbaumer.com, we have been doing some amazing work together. Angelus, and Frenetic.
READ MORE
READ LESS
Promoted Not related to artist
Promo
RUNAWAY (BUY 1 GET 2 FREE)
Fluid Perception
Promo
TheLiteUponMyFace
Enigmatic Movers
Promo
Devil Seen Me (Buy 1, Get 3 FREE)
RicandThadeus
Promo
Feel So Bad / Jay Z Type Beat (2 For 1)
Buckroll
Home SoundClick for artists Show navigation © 2023 SoundClick Inc
Crucethus
PLAY
FOLLOW
SHARE
Overview
Music
Songs
Albums
On these playlists
License
License tracks
About
Videos
Pictures
Interview
Artist links & data
Connect
Followers
User comments
Contact
Back
< Back
Buy
Playlist